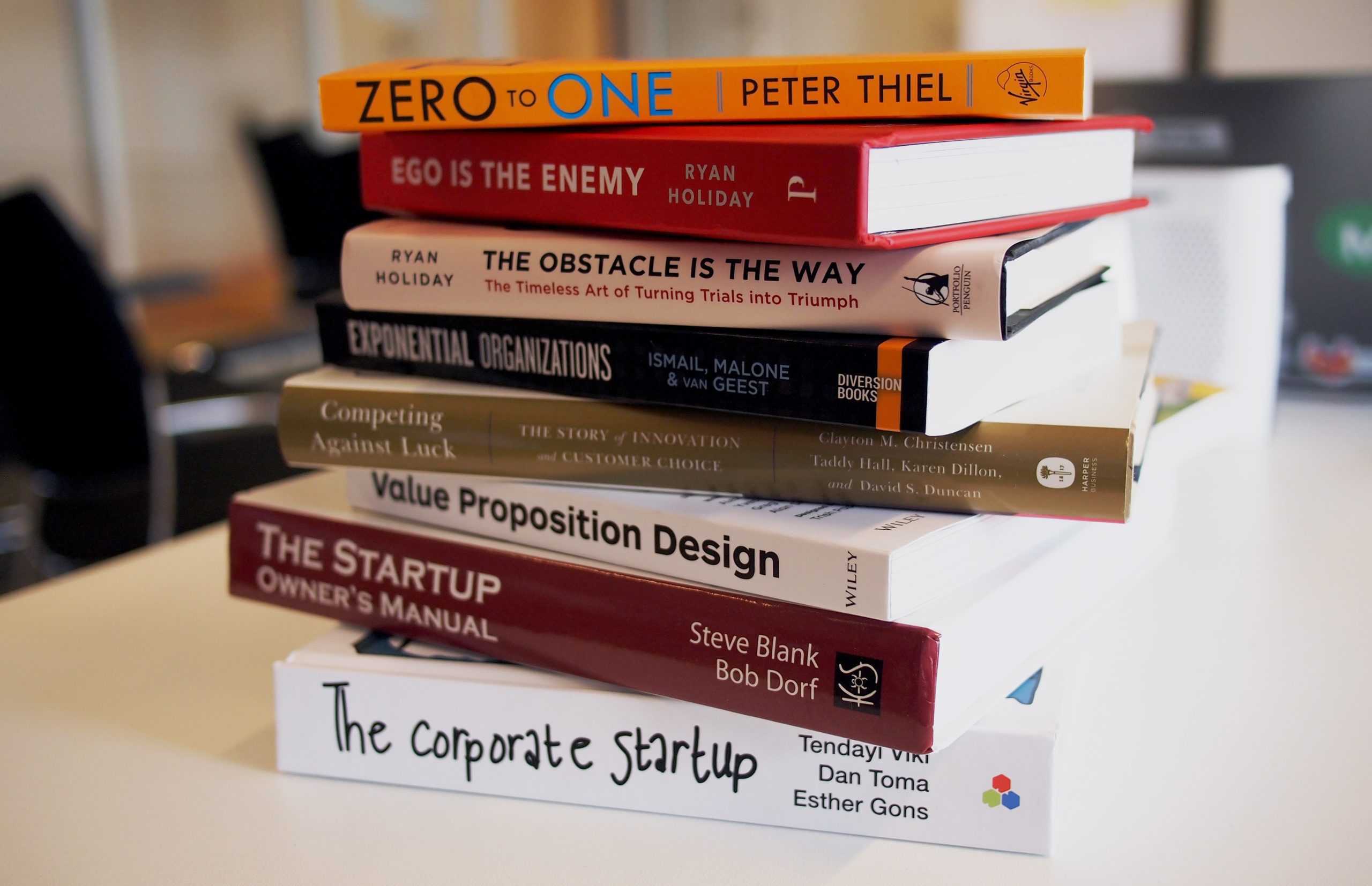 Startups are enabling large corporations to move faster. Learn how they are driving transformative innovation and helping companies overcome the Innovator’s Dilemma in our report.

Furthermore, The Economist went on to name this book as one of the most important business works ever written. In addition, it was named as the best business book of the year in 1997. Without a doubt, this work and the term “disruptive technologies” has had an indelible impact on the way that business is conducted today.

Clayton Christensen himself is more than qualified to speak on the subject. He has degrees from Brigham Young University, Oxford University, and Harvard University, where he earned his MBA and DBA. In addition to being a renowned academic, business consultant, and religious leader, he also continues to teach at the Harvard Business School. There, he is the Kim B. Clark Professor of Business Administration.

In addition to being known for The Innovator’s Dilemma, he is the co-founder of Rose Park Advisors. This is a venture capital firm that has rapidly grown to become one of the leaders in the financial sector. He is also the founder of Innosight, which is a consulting firm that specializes in innovation. All of this makes him incredibly qualified to speak on the evolution of the business world with respect to innovation.

There are numerous Innovator’s Dilemma examples that people can draw from. Companies such as Apple, GM, Intel, and others have all fallen victim to this dilemma. One prime Innovator’s Dilemma case study would be Toyota. When Toyota came into the North American market, they did so with small cars that were meant to be affordable and reliable for the average person, such as the Corolla. They didn’t arrive with luxury cars in hand; however, the continuing demand for innovation from the consumer drove the development of Toyota into the behemoth it is today.

Toyota went on to develop the Camry, the Avalon, the Sequoia, and then their luxury market, with Lexus. American companies didn’t know what to do. They hadn’t done anything wrong; however, they had fallen victim to the innovation that Toyota was bringing to the market. Quickly, Toyota had a large share of the North American car market.

This case study is a prime example of some of The Innovator’s Dilemma principles at work. A few examples of these principles include:

In the world of business, disruptive innovation is the term used to describe a new market or new network that goes on to disrupt the existing market and network. As a result, the established market’s firms, products, and agreements are completely displaced. This term was first developed by Clayton Christensen a few years before he published his book The Innovator’s Dilemma. It is important to note that not all new technology is disruptive. For example, cars did not immediately disrupt horses and carriages because they were only available to a select few; however, cars did become disruptive when they became available to the average person.

Disruptive innovation in healthcare is also a major topic. It is no secret that the healthcare industry has changed drastically over the past few decades. People used to go to a single doctor for everything. Now, technology has disrupted the status quo. There are medical specialists for almost anything and, now, many people can get help from their doctors in the virtual world. In essence, these are low-cost alternatives that provide a way for people to receive healthcare without relying on the existing market forces. Technology has the ability to facilitate a lower-cost business model in the healthcare field and will impact the market moving forward.

These are only a few of the many ways that disruptive innovation has impacted a few sectors of the economy. As the pace of technological advance continues to quicken, this is going to play a larger role moving forward.

Clayton Christensen does provide a follow-up to his first work, often called The Innovator’s Solution. The Innovator’s Solution is a fantastic follow-up to his first work and provides those in the business world with a way to plan for the changes that technology is going to bring to the world of business. With the rapid changes in the market, the book is relevant to corporations today. This work begins by discussing the dilemma and proceeds to provide a number of solutions that can help corporations respond to disruptive innovations that threaten their place in the market. There are several principles highlighted by Christensen which are relevant today.

Next, instead of looking inward, companies should be looking outward. Companies have a set of core competencies that they pride themselves on. Often, they focus on developing these core competencies and then outsource the rest of their work. One of the major issues with this is that what companies think is a core competency today might not be a core competency in the future. If a major shift occurs, a company may rapidly find itself behind, struggling to catch up. Instead of focusing all of the attention inward companies should look outward. Take a look at the trajectory of the market and anticipate future needs.

Lastly, companies should hire people who have the ability to learn. Many businesses hire people on their previous track record; however, past performance is not necessarily predictive of future results. The landscape in the business world is rapidly changing. Businesses are going to have to learn and adapt to these new conditions. Therefore, businesses should be trying to hire people for their ability to learn. Those who are able to learn about a new landscape in the business world will be set up for success in the future.

These are only a few examples of the possible solutions that Christensen provides to corporations. By following his advice, corporations will be prepared for the disruption that is going to continue to define the modern business world. The businesses that will survive are those that are best able to adapt to this rapidly shifting market. It is also better to be proactive than reactive, which is the overarching theme of Christensen’s follow-up work.

As the pace of innovation quickens, it’s harder than ever to compete and win. High Alpha can be a critical partner to help you accelerate your corporate innovation initiatives. Our corporate partners join us in each step of the business creation cycle, building new businesses together. If you’d like to learn more, visit our Corporate Innovation page.

As the pace of innovation quickens, it’s harder than ever to compete and win. High Alpha can be a critical partner to help you accelerate your corporate innovation initiatives.