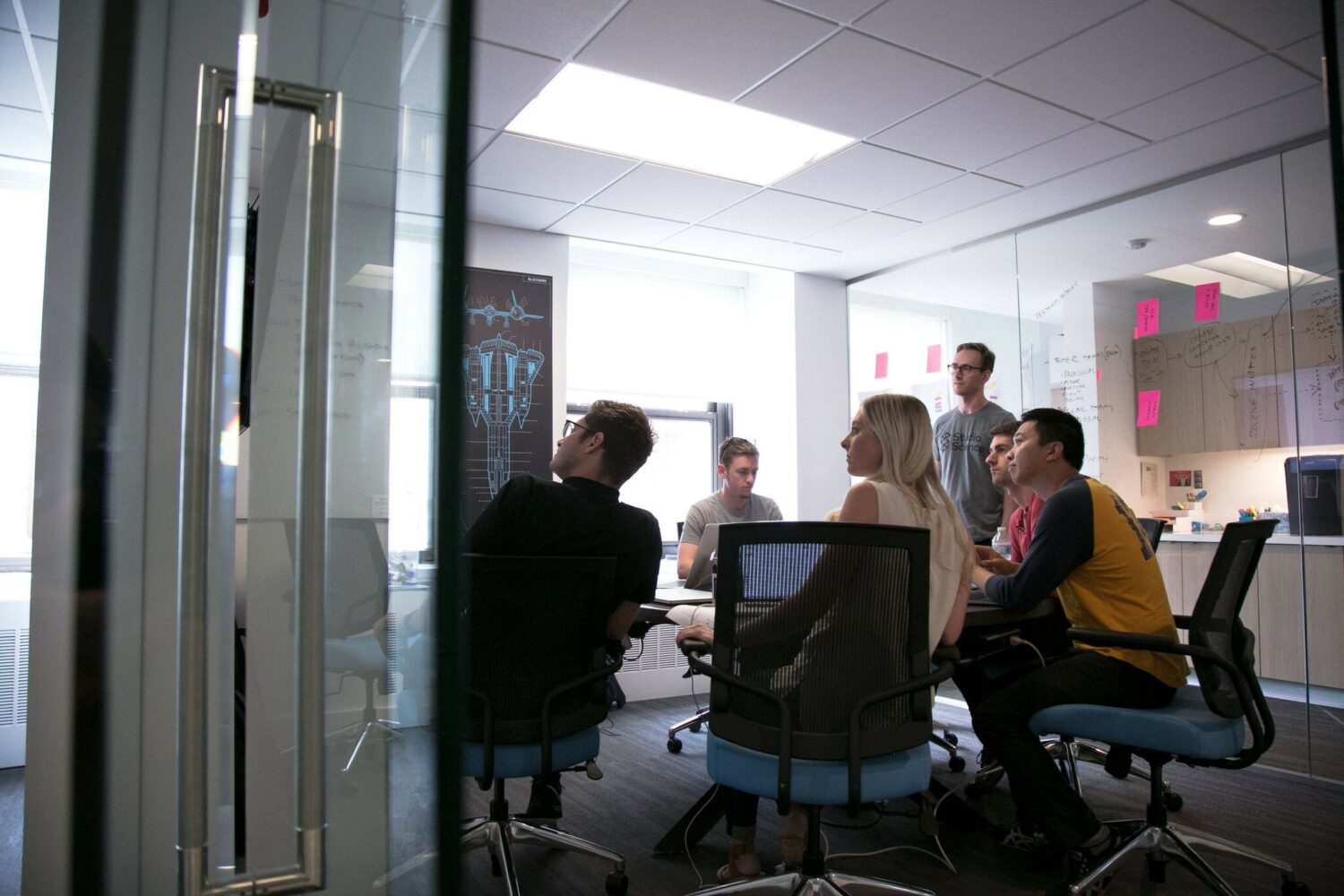 We build B2B SaaS companies using the venture studio model, which allows us to compress the amount of time it takes to turn a company idea into a product.

We’re currently in the middle of the longest bull run market in history, meaning investors have more money to invest…

The world of startups is growing and changing quickly. One type of organization that people might have heard of is called a venture studio or a venture builder. The goal of this organization is to provide the initial startup team with some form of strategic direction along with capital to help the startup reach the open market. It is important to note that this approach is very distinct from the approach taken by venture capitalists. This is because a startup venture builder (or a social venture builder) is usually involved in the direct daily operations of the business. A startup builder will also provide help in terms of strategic decisions, helping the business grow. In this sense, a company builder will help companies get started.

Of note, a venture builder vs. incubator does have some notable differences. For example, a venture studio model does bear some differences to Y Combinator, which is one of the leading players in the incubator or accelerator space. In this program, startups show up for a 12-week (or so) program and get some initial seed funding in exchange for equity in the company. In contrast, a venture studio focuses on building the company. There is no finite amount of time and there is no fixed program length. Furthermore, instead of bringing in multiple companies at the same time (as a startup accelerator), venture builders tend to scale and stagger their start dates to ensure that every company receives the attention it deserves. Venture building from scratch is hard and the venture builder meaning is to help entrepreneurs through the early stages of this process, which involves building out a new organization instead of growing an established company, which is where venture building and startup accelerators diverge.

When it comes to a venture building company, there are a few key players to note in this space. Some of the top venture builders include High Alpha, Blenheim Chalcot, and Zero 1 Venture Builder. All of these organizations have been successful in taking companies from the ground up. They provide expertise and guidance that help entrepreneurs learn the landscape of starting their own company, marketing, acquiring resources, and network in their respective industries. This type of guidance is invaluable as a young entrepreneur tries to build his or her company.

A venture builder PDF will explain how a venture building company works. Using support and resources, they start at the idea stage. They help people acquire tech, go to market, and can even help with legal aid, financial aid, and fundraising. In essence, how to start a venture builder requires significant resources to help form numerous companies. One resource that can be helpful for young entrepreneurs is called Global Startup Studio Network, which brings startup studios and venture builders together to raise more awareness for this model. In this respect, venture builder jobs are growing quickly as more people learn about this investment model. With so many people looking to get their companies off the ground, venture builders present a great opportunity for those who are trying to build something from the ground up. With so much growth in the area of venture builders, they come in many shapes and forms.

The ING corporate venture builder arm is a part of the ING firm itself. The ING about us page describes the ING Group as a corporate venture builder that looks to make investments in companies that are growing quickly. ING is a global company and has offices such as ING New York and ING UK. The ING venture builder has been successful, as they have support sizes ranging from $250,000 to $10,000,000. These resources are tremendous is an important answer to the question of “why ING” for startups that are looking to get off the ground. The answer to the topic of “ING who we are” is now spread across the globe. ING is based in Amsterdam but now has offices in more than 40 countries. They have a $300 million fund that helps drive innovation both at ING and also via external entrepreneurs. In this sense, ING is a powerful corporate venture builder that has spawned success at numerous companies.

The ING head of innovation is responsible for helping companies as part of their corporate venture builder arm. ING adds growth by providing access to a broad distribution of international partners. With 40 million clients in 41 countries, it is easy to see why so many people love ING as a corporate venture builder partner. Of course, ING also brings a tremendous amount of expertise to the table. With unparalleled market knowledge and plenty of expertise, it is easy to scale quickly. Finally, ING also provides hands-on support to their entrepreneurs, helping them address operational challenges while also providing assistance in the world of corporate governance.

One of the best ways to look at the success of ING as a corporate venture builder is to take a look at the companies they have assisted. For example, Fintonic is one of the major ING success stories. They partnered with ING and had their vision streamlined by ING, allowing them to expand in Spain. Since that time, Fintonic has become a leading money management solution across the world, spreading from Europe to Latin America. ING has provided support every step of the way.

In addition, Twisto is another ING success story. ING helped Twisto by leading their Series A funding a few years ago. They have since expanded into Poland, with ING helping them along the way. This has led to a tremendous amount of growth for Twisto, helping them become an industry leader.

Finally, ING as a corporate venture builder also helped Axyon AI. ING endorsed the long-term value and goals of the company, creating opportunities by expanding the network for this growing company. With high-profile advisors and important players throughout the financial markets, ING helped Axyon AI rise to the top of the industry.

The world of venture building is large and the venture studios list has grown quickly during the past few years. The top venture studios list includes everyone from venture capital London to venture builder Singapore and everything in between. Some of the top venture studios in the world include Expa, Idealab, Human Ventures, Pioneer Square Labs, and High Alpha. High Alpha started a venture studio with a focus on building a new model for startups and entrepreneurs everywhere. In this fashion, high alpha is a venture studio company that combines a long-term vision with an expedited launch process. This allows High Alpha to scale quickly than most other options. In the past five years, they have spawned more than 17 new companies and invested in more than 40 founders that have changed the landscape of B2B SaaS. Some of the companies in the High Alpha portfolio include Lessonly, Sigstr, Zylo, and Pattern89.

In addition to the top venture builders Singapore, Cowboy Ventures is a popular venture studio as well. They have a unique model that has included tens of millions of dollars in funding and numerous companies launched. Their companies tend to focus on tech options in this industry.

For those looking for other corporate venture builder options, Human Ventures is another strong choice. This company was founded back in 2015 and since that time, they have spawned numerous companies. Some of their most successful options include Clark, Picture Motion, Token, and Girlboss. They focus on investing in humans instead of companies, contributing to their success.

The Atomic Office is another strong option, including the Atomic VC Launcher and the Atomic VC Crunchbase. They bring a unique model to the table that provides an additional opportunity for those who are looking to get their companies off the ground. The Atomic Office has a long track record of success with numerous companies, lending to their popularity.

This is a brief overview of the top venture builder options in the world. This is a great option for any entrepreneur who is looking for advice and guidance along the way. It is a challenge to start a company from scratch, but this is also a fulfilling experience that provides a tremendous amount of upside.

Launch a Startup With Experts

If you’re an entrepreneur with an idea for a B2B SaaS company, we want to hear from you.