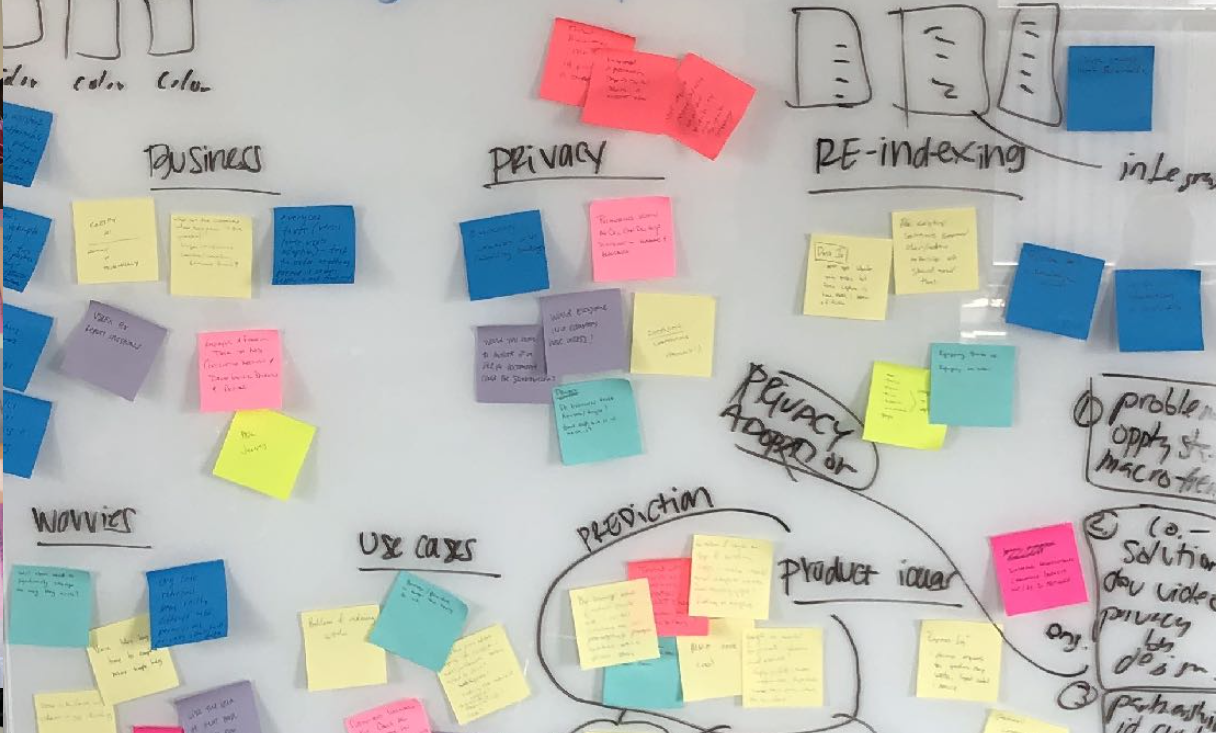 When we launch new B2B SaaS startups, our venture studio supports them in every discipline required to build a market-leading company — from finance to design and everything in between.

Sign up below to receive our monthly newsletter with the latest SaaS and High Alpha news.

Over the past two years at High Alpha, I’ve been able to take part in launching five brand new companies…

At High Alpha, we’ve launched 17 companies, taking concepts and turning them into products, building their marketing foundations along with…

At High Alpha, we’re in the business of building businesses. Every core function at High Alpha, from marketing to product,…

What you need to know about seed accelerators

If you’re looking to launch a new tech company, a startup tech accelerator can be invaluable. Such a program can give you the knowledge, skills and funding you need to be successful and not only start, but grow your business. Two major players in this field are Techstars and its predecessor Y Combinator. Just what is Techstars? It’s a worldwide network of mentors, classes, tools and events, all designed to help entrepreneurs succeed. The prime advantages of Techstars over its competitors, notably Y Combinator, are that startups from all over the globe can use this model and participants have much wider access to mentors. In fact, when you look at Techstars vs Y Combinator, you’ll see that the two programs have dramatically different accelerator models.

The Techstars accelerator model is a collaborative model that brings together all types of resources and people to help a start up succeed. In contrast, the Y Combinator application is only available to companies in the Silicon Valley, California area. Unlike Techstars students, those participating in the Y Combinator program work alone in their homes or personal office space.

However, there are more slots available at Y Combinator — currently 40 per session — than at Techstars, which currently offers the opportunity to just 12 startups per session. The seed money associated with the programs also varies greatly. Y Combinator 2019 offers graduates up to $150,000 to get their business off the ground. At Techstars, the maximum seed money offered is $120,000.

An accelerator usually invites companies or founders to apply for a spot within a cohort — Y Combinator follows this model. Accelerators tend to take a small percentage of equity from the companies that participate.

On the other hand, venture studios follow a completely different model. In a venture studio, such as High Alpha, we build our own startups. We ideate internally (or sometimes with external partners), and we run ideas through Sprint Week, our forcing function for company creation. We build startups from the ground up, and invest more time and talent into our companies than a traditional accelerator or incubator might.

At High Alpha, we’re also very focused: we are experts in the B2B SaaS space, so we build and invest in B2B SaaS companies. While some accelerators have become more specialized, offering services for specific industries, many take a more broad approach. We believe that our targeted approach is a differentiator that allows us to create world-class companies.

There are a lot of choices when it comes to finding a startup accelerators with which to work. Just a few of the best startup accelerators in 2019 included MassChallenge, Fortune 500 Startups, Plug and Play and, of course, Y Combinator and Techstars. A typical accelerator accepts just 50 to 100 startups after evaluating more than 3,000 applications. The competition is rigorous. As part of the application, those seeking to be accepted in a program need to supply Series A financing documents as well as startup documents and friends and family investment documents. There are a variety of online startup document templates that can make putting this document package together much easier.

For their tenacity and good ideas, successful applications can reap a huge step up for their business. For example, MassChallenge participants are invited to make a pitch to the judges at the end of the program to be in the running for a cash prize. Past participants say that in perfecting their pitch, they won, even if they didn’t get the cash prize. They maintain that the act of putting together the application and going through the accelerator gave them the skills to secure financing from other outside investors.

Techstars, based in Boulder, Colorado, was founded in 2006 to help give entrepreneurs with good, marketable ideas the skills, network and funds to turn their idea in a viable company. To date, Techstars has helped more than 1,900 startups. In exchange for a small equity in the new company, participants receive at least $20,000 in startup capital, a three-month training program, lifetime access to the Techstars network of resources and mentors, and more than $1 million in discounts and perks. Fewer than one percent of the companies who apply are accepted into the program. Notable Techstars alumni include Graphic.ly, Plated and Next Big Sound.

In addition to Techstars Boulder, other Techstars locations include Techstars Austin and Techstars NYC. Techstars Boston and Techstars Seattle. Although participants are encouraged to work out of one of the Techstars offices, there is also a cloud-based program that can be accessed from anywhere around the globe. Techstars’ revenue in 2019 was nearly $100 million.

To learn about applying for the Techstars accelerator program and to see what type of Techstars documents are required with the application, visit the company website at techstars.com.

Y Combinator has helped to launch more than 2,000 companies since its inception in 2005. Among these are tech giants like Airbnb and Dropbox. As of October 2019, the combined value of these Y Combinator companies was more than $155 billion. The Y Combinator logo — a large black “Y” on a field of orange — is widely recognized among the startup community. The Y Combinator business model features an intensive three-month boot camp, based in Silicon Valley, California, that culminates in demo day, where participants pitch their company to the Y Combinator judges/investors. In addition, there is a Y Combinator startup school that can be accessed remotely via a cloud server.

Successful applicants also get a $150,000 investment in them and their new business (called the “Y Combinator Safe”) that gives them money to live in the Bay Area during the boot camp and still have money left to launch their company.

Plug and Play Tech Center is another accelerator. This corporate investment platform is also based in Silicon Valley, in Sunnydale, California. Plug and Play runs two programs each year in each of its featured industries in each of its locations. That’s 50 total programs annually, in cities around the globe.  Industries aren’t limited to technology companies and include food and beverage, health and wellness and hospitality and travel. The “Silicon Valley Journal” recently named the company the “Most active Silicon Valley venture capital firm”.

The Plug and Play Tech Center helped to launch more than 1,100 companies in 2018, roughly half of those based in the United States. Their alumni include Zoosk, Dropbox, SoundHound and Paypal. When you look at Plug and Play vs Y Combinator, you’ll notice that the former accelerator has many more locations and many more programs.

500 Startups is an early-stage venture fund and seed accelerator founded in 2010 and based in northern California. Like the other accelerators we’ve discussed, 500 Startups offers training, mentoring and funding for new companies. The 500 Startup curriculum for the four-month program focuses on marketing, culture, startup accounting, product design, mobile, user testing, sales and more. Participants also get access to the 500 Startup network of more than 1,200 mentors and founders as well as opportunity to pitch their company to the panel of 500 Startup investors. To date, 500 Startups has funded more than 1,200 companies, including Udemy, Ipsy and RidePal. Roughly 30 percent of these companies are international ventures.

Yet another accelerator to consider is Angelpad. This venture capital firm, formed in 2010 by several former Google employees, offers two 10-week boot camps each year. The Angelpad accelerator program in San Francisco, which has an acceptance rate of around 2 percent, features mentorship, brainstorming and real world advice as well as the opportunity to pitch to the panel of investors during “demo day”. Angelpad has been ranked the top US accelerator by MIT’s “Seed Accelerator Benchmark” for the past four years.

This accelerator is much smaller when you compare Angelpad vs Y Combinator. They have launched just 150 companies since 2010. They like this comparison and boast on their website that “Strictly VC” has dubbed them the “anti-Y Combinator”.

As the name would imply, Google Startup Lab is the brainchild of search engine giant, Google. Somewhat different from the other programs we’ve discussed, they offer a variety of Google startup programs, include a Google entrepreneurship course and a Google pitch competition. There is also a “start on Android” app incubator and a global “campus” that seeks to match startup entrepreneurs with those who can best assist and mentor them. There are campus locations in London, Madrid, Sao Paolo, Warsaw, Tel Aviv and Tokyo.

We’re looking for experienced entrepreneurs and leaders that want to turn their ideas into a High Alpha company.